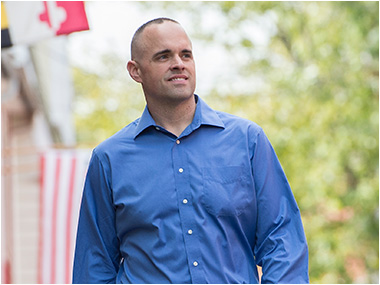 Mark has been the President, Chief Executive Officer, Managing Member, and contractor software engineer, for Wyetech since its founding in 2007.

He received a B.S. in Computer Science from the University of Maryland, College Park in 2000. In 2006, he received his M.S. in Network Security and post-baccalaureate certification in Network Protection from Capitol Technology University.

Prior to the founding of Wyetech, Mark was the Director of Software Engineering. He drew upon those experiences to create the employee and mission focused environment that embodies Wyetech today.

Mark’s hobbies include hunting, the outdoors, wellness, Krav Maga and spending time with his family.